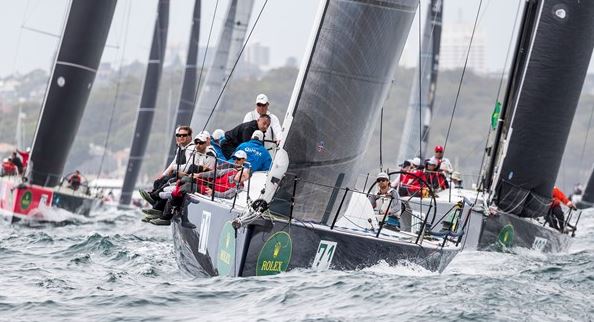 The Ullman Sails powered Quest pulled off a remarkable second in the Rolex Sydney Hobart Yacht Race in 2018. This older, revamped and much-loved legend pushed the new gun creation, Ichi Ban, all the way. Crewed by a motley bunch of non-professionals, driven hard by the remarkable sailing master Mike Green, it was a sheer victory for all involved!

After placing 1st overall on handicap in 2015 and 4th overall (1st in Division1) in 2016 as “Balance”, owner Paul Clitheroe, generously allowed the previous owner Bob Steel, to take the reigns of this 2005 (Farr) TP52 for the 2018 race, on the strict provision that it be raced as Steel’s traditional name “Quest”.

As is standard practice with both these owners, “Quest” was meticulously prepared for the task ahead. This included the investment of three new sails, a J1 Jib, an A2 Spinnaker and an A4 Heavy Air VMG Spinnaker. At the request of the team all three sails were designed and built as dedicated ‘offshore’ sails. Mike consulted on the spinnaker wardrobe over the last four years to get what he needed to be a successful offshore boat and Ullman Sails were able to deliver for the owner and crew.

“The way Mike and I have worked on Balance/Quest is pretty simple, he knows what it takes to win and I try to give him what he needs. When we were considering the gear for the boat in the first place, Mike knew what he wanted to be able to race with the minimum wardrobe. This involved simply sitting in front of the computer describing a scenario and fleshing out the sails shape and structure to meet that requirement.”

“The upwind stuff is simple enough but at its core is reliability and overlap, and setting up the main luff round to what he calls his Hobart setting. Then there is coordinating the luff hollow in the jibs to this higher load setting. Downwind Mike has a philosophy where he pushes speed all the time, like smart sailors upwind sailing fast to the next knock, he does the same downwind. He keeps target speeds at the front of how the boat monitors its pace.

Our spinnakers are all “fast” skiff shapes designed to wind the bow up and send it. The 4A is a heavy sail built in contender polyester and has seen regular use in 35 knots, and yet is flexible enough to be able to sail lower angles and remain stable, while keeping the boat lit up at 140 TWA in 20 true. Mike also patented using this sail as a light air reacher when the 1AP is starting to load too much. Consider that the 4A is a flat spinnaker with a clean exit and it makes sense to reduce the wear and tear on the 1AP. Once again seamanship mixed with an open mind,” says Bruce Hollis of Ullman Sails Sydney who worked with the team to develop the perfect sails for the race.

As the race started to draw closer it was evident that the team were in for one hell of a sleigh ride. “On the day of race start, the weather forecast was for a start in a light (ENE) sea breeze, firming to running (NE) breeze which would gradually build from start (+10 hours). Topping out at around 28 knots from the north (24 hours in) and maintain speed and direction till our anticipated rounding of Tasman Island (40 hours later),” says Mike Green, co-skipper of the vessel.

“We as a crew had identified ‘Ichi Ban’ (the brand new offshore turbo-ed TP52) as the boat to beat. We also knew that if we were to have any chance of taking out top honors in this race, we would have to apply a take-no-prisoners/grand-final attitude to our opposition, boat and sails,” says Green.

“The boat and sails performed above expectation”

And what a race it was! Quest just missed out by 21 minutes overall, although they did claim victory in the ORCi fleet with a lead of 36 minutes.

“Our boat on boat race with Ichi Ban was epic! The sails performed above expectation. Our 100% Ullman Sails inventory arrived fully intact. A great credit to Bruce Hollis and his team at Ullman Australia. In fact, I believe that we were the only boat to finish in the top 10 handicap placing’s without major sail destruction or damage!” exclaims Green. 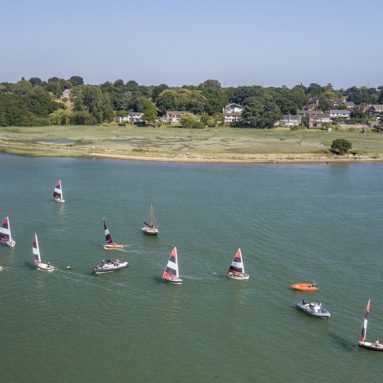 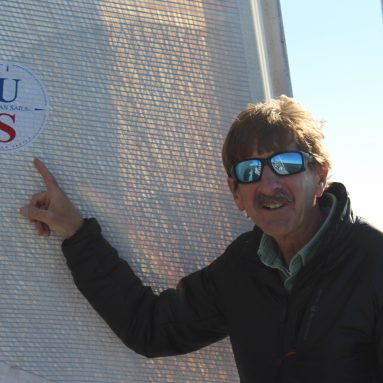 Expedition sails that go the distance 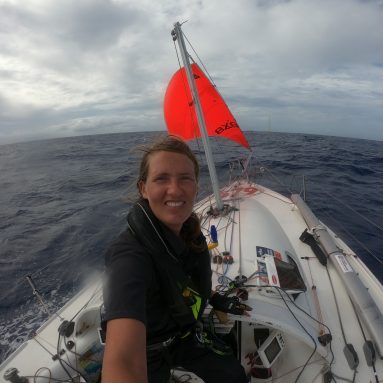